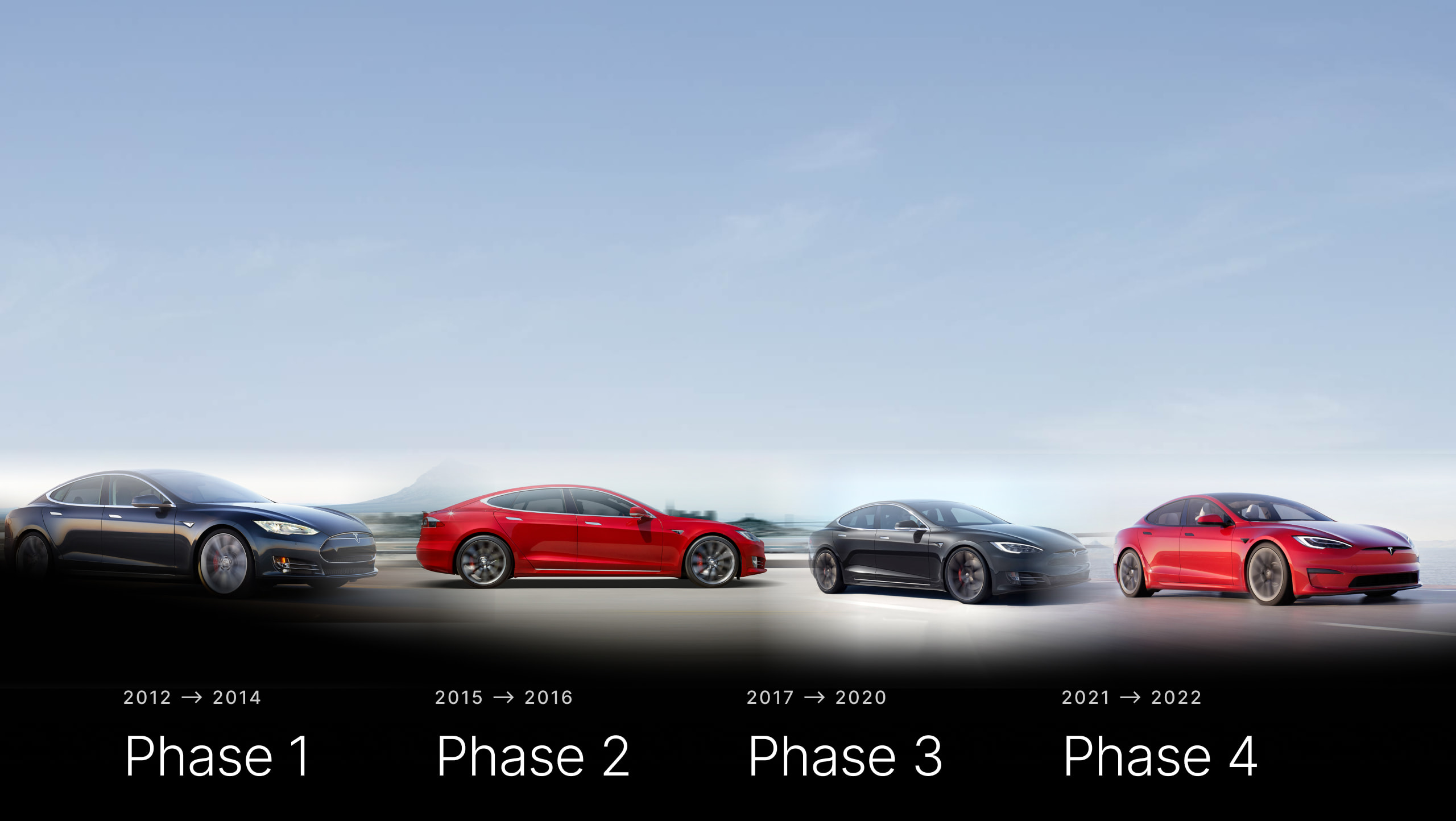 2022 marks 10 years from when the first Tesla Model S was delivered. To commemorate this milestone, we put together an infographic highlighting how the Model S has evolved throughout the years. Cheers!

The phases were arbitrarily chosen as a way to summarize the major new milestones reached, as there were many incremental changes to the Model S throughout the years that would've been hard to visualize. The specs listed will generally the best of any trim within the phase, and a single trim may not represent all of the specs listed for a given phase.

One easter egg we found is that in the phase 3 display UI, you can see that the driver's name is Franz, which seems to be a sort of artist's signature (Tesla's chief designer is Franz von Holzhausen):