Why Bitcoin Isn't in a Bubble

Despite rising close to all-time highs in October 2021, we discuss why Bitcoin isn't in a bubble by presenting an overview of the pro- and anti-Bitcoin viewpoints. 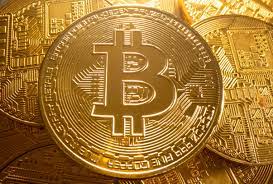 But the opposite perspective would be that Bitcoin is in a bubble and ready to crash. It is one thing for Bitcoin to remain flat around $60,000 per coin; it’s far worse for Bitcoin to crash down to $10,000 or lower per coin.

There are some strong critics of Bitcoin:

Legendary investor Warren Buffett said in 2018, Bitcoin is “probably rat poison squared.” In fact, he said, “In terms of cryptocurrencies, generally, I can say with almost certainty that they will come to a bad ending. . . . If I could buy a five-year put on every one of the cryptocurrencies, I’d be glad to do it but I would never short a dime’s worth.”

Buffett is alluding to the practice of short-selling or ‘shorting,’ where one borrows something (usually stock shares), sells them, then waits for the price to drop and buys them back at a cheaper price before returning the borrowed shares.

Why? Buffett invests in financial assets that produce value. For example, Buffett’s Berkshire Hathaway invests heavily in Apple, holding 890 million shares worth $108 billion at the end of Q1 2021. This is because Apple produces something of value. Apple produces widely used computers and smartphones. And this is why Buffett more generally invests in well-run businesses that produce valuable goods and services; this is at the core of Buffett’s investment strategy.

In 2019, Buffett said: “Bitcoin, it’s ingenious. And blockchain is important. But bitcoin has no unique value at all. It doesn’t produce anything. You can stare at it all day, and no little bitcoins come out or anything like that. It’s a delusion, basically.” In other words, one of Buffett’s main arguments against Bitcoin is that it is an unproductive asset; Bitcoin produces no goods or services of value.

Bill Gates has a similar perspective as Buffett, saying in an interview that he prefers to invest in companies “that make products,” giving the example of companies that make malaria and measles vaccines.

When asked about Elon Musk and Tesla’s $1.5 billion investment into Bitcoin, Gates said in a February 2021 interview with Bloomberg, “Elon has tons of money and he’s very sophisticated, so I don’t worry that his Bitcoin will sort of randomly go up or down. . . . I do think people get bought into these manias who may not have as much money to spare. My general thought would be that if you have less money than Elon, you should probably watch out.”

Bill Gates also has environmental concerns about Bitcoin, saying in an interview with the New York Times, “Bitcoin uses more electricity per transaction than any other method known to mankind . . . It’s not a great climate thing.” The environmental argument against Bitcoin is an important one, although we believe that the environmental impact of Bitcoin is far less than critics claim.

You can't sell #Bitcoin to investors as being a store of value or safe haven, but also ask them to accept that at any moment their safe haven can lose 85% of its market value, but not to worry about the loss as Bitcoin will probably bounce back the way it always has in the past.

Furthermore, in a Kitco interview, Schiff would only invest in a cryptocurrency that is backed by a commodity such as gold: “If you have a digital currency that’s backed by gold and redeemable in gold, well then that’s fine, that’s great, I think that would work perfectly,” Schiff said. “The problem is governments don’t like that, so if there are credible digital currencies backed by gold, everybody would prefer those currencies to the dollar, euro, yen.”

Paul Krugman is a Nobel prize-winning economist and New York Times columnist. In an article entitled, “Transaction Costs and Tethers: Why I’m a Crypto Skeptic,” Krugman gave two arguments against Bitcoin: (1) Bitcoin’s high transaction costs based on Bitcoin’s high use of energy to process transactions. This also raises issues of bitcoin’s environmental impact, but if bitcoin cannot lower its transaction costs, Krugman argues that it has no chance of becoming a widely used medium of exchange.

(2) Bitcoin’s lack of tethering to a government or a commodity such as gold. Krugman argues that Bitcoin has no backstop against a severe crash. The U.S. dollar is backed by the U.S. government. When government currencies were pegged to a gold standard, people could redeem their paper currency for gold in times of financial panic. But, according to Krugman, Bitcoin is not tethered to any reputable government or valuable commodity.

The voices against Bitcoin are just as strong as the voices in favor of Bitcoin, so who are we to trust?

Ultimately, persuasive arguments are not built on following the opinions of supposed “experts” (the fallacy of blindly appealing to authority); persuasive arguments related to financial instruments are built upon: (1) agreed-upon facts, (2) sound interpretation of those facts, (3) within the economic theory of supply and demand.

Bitcoin has had new and increasing demand in 2020 and 2021 from institutional investors and publicly traded companies. This kind of demand was not present during the 2017 bull run of Bitcoin, which is why the current bull run should be viewed very differently.

One could disagree with these decisions or think that these decisions are “stupid,” but such disagreement cannot change the fact that demand for Bitcoin has increased drastically in 2020 and 2021.

#2: On the production supply side:

Bitcoin’s inherent nature limits its supply to 21 million and its “halvings” further decrease the production of bitcoin roughly every four years.

Unlike the current U.S. dollar (which was taken off the gold standard in 1971), Bitcoin cannot exceed its 21 million cap. In fact, the nature of Bitcoin mining means that only about 900 bitcoin are mined per day, or 328,500 per year. In contrast, the U.S. government is printing trillions of dollars to fund its deficit spending, which has already led to inflation and will continue to lead to greater inflation in 2022 and beyond.

Furthermore, the production of Bitcoin has another supply-limiting factor: after every 210,000 blockchains mined (which takes about 4 years), the reward for Bitcoin mining is cut in half. Right now, the mining reward is 6.25 bitcoins, but around spring 2024, it will be cut in half to 3.125 bitcoins, further limiting the flow of incoming supply.

In a future article, we will delve more into the details about the production supply side of Bitcoin and discuss the stock-to-flow model for reaching Bitcoin’s valuation. The limits to Bitcoin’s supply is the main argument in favor of buying Bitcoin as a hedge against inflation.

#3: On the availability supply side:

The available “free float” of Bitcoin is low and decreasing. In traditional finance, a stock’s free float refers to the number of shares that can be publicly traded. Free float is calculated by subtracting closely held shares and restricted shares from total outstanding shares.

A stock with a low float will generally be more volatile because fewer shares are available, bid/ask spreads are higher, and it becomes more difficult to match buyers and sellers. Companies can increase their free float in a variety of ways: companies might sell additional shares to raise capital, companies might initiate a stock split, and restricted or closely held shares might become available. On the flip side, companies can also decrease float by implementing a stock buyback, which could cause the value of existing shares to increase.

In February 2021, Gradwell and Chainalysis Market Intel calculated Bitcoin’s free float to be 2.4 million bitcoin, just 13% of the 18.6 million bitcoin mined to date.

We can now piece together each part of the argument:

1. Demand for Bitcoin continues to rise, especially among institutional investors and publicly traded companies, who are moving billions of dollars into Bitcoin.

2. Production of Bitcoin continues to decrease (about 328,500 per year, decreasing to about 164,250 per year in spring 2024). And it is impossible to increase production beyond these numbers because of Bitcoin’s design.

3. Free float of Bitcoin is low (13%, or 2.4 million bitcoins out of 18.6 bitcoins mined). The low float means those buying Bitcoin are holding for the long(er)-term. Those holding further decrease the available supply of Bitcoin for newcomers, and/or for those who want to increase their holdings, which drives up the price of Bitcoin even more.