Why Invest in Bitcoin Miners (& 4 Things to Look For)

Bitcoin miners have significantly outperformed Bitcoin in 2021 and have the potential to continue outperforming due to the way miner profit margins can increase at a multiple of Bitcoin price increases. However, not all miners are equal. 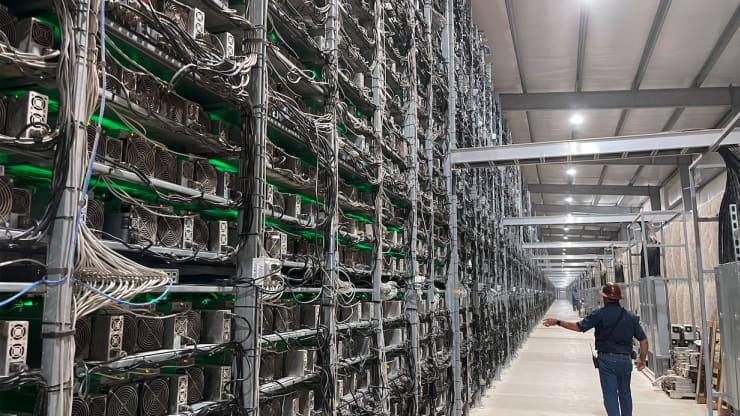 A casual look at the performance of bitcoin vs. three popular Bitcoin miners this past year shows how much miners have outperformed bitcoin itself:

Why might this be? One reason is because when Bitcoin increases in value, a miner's profitability can increase at a multiple of that. A very simplified illustration is as follows:

Imagine a Bitcoin miner always produces 10 bitcoin/month and Bitcoin is valued at $1 each. That would mean the company produces $10 in revenue/month. But imagine to mine those 10 bitcoins, it has $9/month in operating expenses & cost. In this scenario the miner's net monthly profit is $1 ($10 in revenue - $9 in operating cost).

WARNING: However, this sort of "leveraged" nature of miners is a double-edged sword as the effects of a Bitcoin crash can also be multiplied with the miners. For that reason, our investing strategy advocates rotating out of miners when indicators might suggest we are at the top of a bull run.

4 Things to Look For When Evaluating Miners

Not all miners are equal however. Here are four things worth looking at when evaluating miners:

#1: Where miners are based

There is a unique investment opportunity in 2021 and 2022 because of China’s ban on bitcoin mining in May 2021. As a result of China’s ban, Bitcoin’s price crashed from its mid-April high of $63,588 down to a low of $29,790 in mid-July before recovering and rallying to new all-time highs in October. And the worldwide hashrate (a measure of how much computing power is devoted to bitcoin mining) crashed from a high of 186 EH/s (exahashes per second) in mid-April to a low of 68 EH/s in mid-July.

According to the Cambridge Centre for Alternative Finance, in April 2021, 46% of all bitcoin mining took place in China. In May 2021, China’s share of bitcoin mining dropped to 34.25%.

In June 2021 and following, China’s share of bitcoin mining dropped to zero (although there is probably still some illegal mining in China).

Because of China’s crackdown on bitcoin mining, we believe a favorable investment opportunity currently exists with U.S. and Canadian bitcoin miners, many of which are existing companies that are transitioning from China to North America.

An ongoing concern about bitcoin mining is its environmental impact. In 2020, China mined about two-thirds of the world’s bitcoin, using 86 terawatt-hours (TWh) of electricity, 63% of which came from coal.

Especially with the ESG focus from institutional investors, we believe miners that draw energy from unclean sources will not attract outside investment or improve Bitcoin’s image to the watching world.

#3 Amount of existing electrical infrastructure and contracts for equipment

Bitcoin mining has a high moat and major barriers to entry because of the high up-front costs to set up a bitcoin mining operation. The electrical infrastructure is difficult to build out. The best bitcoin mining computers cost $10,000 or more and the biggest mining companies will have over 100,000 miners.

In 2021, supply chain difficulties mean that companies without existing orders for equipment will have their growth limited, if not completely stopped.

The worldwide computer chip shortage means that companies building mining computers will have trouble producing new miners. Important electrical infrastructure such as transformers have a 55-week delay! “Miners need special equipment to adjust the voltage to a usable level. Transformers take the power from a substation and convert it to a lower voltage that can then be used to power bitcoin miners.” (CNBC)

Several bitcoin mining companies starting out in 2021 face an uphill battle if they don’t have miners and electrical infrastructure already on order. In contrast, companies like Marathon Digital, Riot Blockchain, and Bitfarms have thousands of miners under contract or already deployed.

#4 Whether they hold the bitcoin they mine

If long-term price targets for Bitcoin are correct (for example, $500,000 or more by 2030), then companies that hold bitcoin can explode in their valuation.