How the Lummis-Gillibrand Crypto Bill Would Affect Bitcoin Miners

The Lummis-Gillibrand crypto bill would positively impact bitcoin miners by: (1) reducing their taxable income, (2) hopefully producing positive reports on how bitcoin mining actually helps energy markets and helps the transition to renewable energy, and (3) excluding miners from unnecessary reporting requirements that could be imposed upon them by the 2021 Infrastructure Bill. 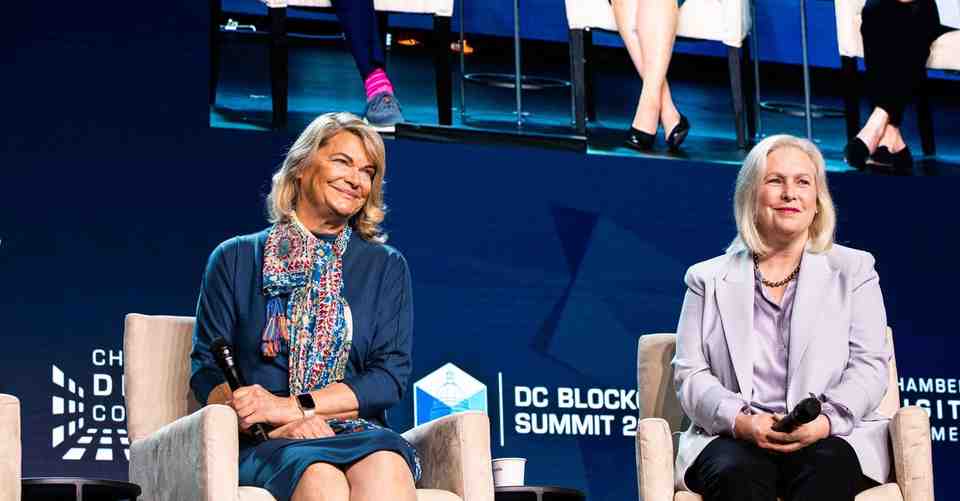 Since the SEC has not approved an ETF holding actual bitcoin, and since bitcoin futures ETFs are not good at tracking bitcoin spot price, we believe that a good way to gain exposure to bitcoin in the meantime is to invest in bitcoin miners since their stock price will often track the price of bitcoin.

This new bill, if passed, will directly and positively impact bitcoin miners and the bitcoin mining industry. We read through the bill and here summarize potential impacts on bitcoin miners:

1. Section 208 of the bill allows bitcoin miners to delay taxable income recognition of their mined coins until they actually sell the coins.

“Deferral of Income Recognition for Digital Asset Activities.—In the case of a taxpayer who conducts digital asset mining or staking activities, the amount of income relating to such activities shall not be included in the gross income of the taxpayer until the taxable year of the disposition of the assets produced or received in connection with the mining or staking activities” (Responsible Financial Innovation Actt, p. 11).

This provision for miners would be a great benefit to bitcoin miners in the United States since they would not be taxed on mined bitcoin until they sell the bitcoin mined.

And if miners never sell their mined bitcoin (as many declare themselves to be hodlers), then the mined bitcoin will remain as an asset on their balance sheet and never be taxed. Or miners could strategically sell bitcoin over multiple years to spread out tax payments.

We looked into several miners to see how this provision would have impacted them in 2021:

Even though Cleanspark and Core Scientific paid zero tax in 2021, if they ever become profitable, the new crypto bill would reduce their taxable income in future years.

‍By delaying income recognition of mined bitcoins until the coins are sold, the new crypto bill would reduce taxable income for U.S. bitcoin mining companies that hodl and give them an edge over rivals in Canada, the UK, and elsewhere.

2. Section 806 of the bill directs the Federal Energy Regulatory Commission (FERC) to provide an annual report on Energy Consumption for the mining of digital assets.

2.1. The FERC report will analyze the energy consumption of mining particularly as it relates to its impact on “national, regional, and local energy prices” and on “baseload power levels.” FERC will probably discover what few know about bitcoin mining: against misinformed critics, bitcoin mining can actually help to lower energy prices by using electricity that would otherwise be wasted during off-peak times. This would increase baseload power levels, which will help strengthen the electrical grid during peak demand. And during such periods of peak demand, bitcoin miners can shut off and allow the grid to prioritize others.

There is a lot of criticism against bitcoin because of its electricity usage and supposed negative impact on the environment. These criticisms have been well answered by bitcoin advocates (for example, see NYDIG’s Bitcoin Net Zero report).

An official government report dispelling myths about bitcoin's energy usage and environmental impact could carry more weight in convincing skeptics that bitcoin mining can help the transition to renewable energy, can strengthen electrical grids by increasing baseload power, and can reduce energy costs by using electricity "wasted" during off-peak times.

2.2. The FERC report will also analyze “the use of renewable energy sources, including use of nonrenewable sources that would otherwise be wasted, and [produce] a comparison of digital asset market energy consumption with the financial services industry and economy as a whole.”

3. Section 202 of the bill corrects the ambiguous definition of “broker” in the 2021 Infrastructure Investment and Jobs Act to exclude miners.

The 2021 Infrastructure bill defined a “broker” as “any person who (for consideration) is responsible for regularly providing any service effectuating transfers of digital assets on behalf of another person” (H.R. 3684, p. 2420). All such “brokers” are subject to IRS reporting requirements for capital gains/losses on cryptocurrency transactions; however, the ambiguous definition of “broker” would include bitcoin miners since miners process transactions.

‍The 2021 Infrastructure bill reporting requirements would actually be impossible for bitcoin miners to comply with since miners process transactions, but have no way of calculating capital gains/losses and no way of reporting such to the people who initiated bitcoin transactions.

At this point, it is unclear if the Lummis-Gillibrand crypto bill will pass anytime soon. But if it does, it would benefit bitcoin miners by reducing their taxable income. If the Federal Energy Regulatory Commission produces positive reports on how bitcoin mining is helping energy markets and accelerating the transition to renewable energy, such reports will improve the image of bitcoin among the general public. And by explicitly excluding miners from the definition of a digital asset “broker,” the new crypto bill helps miners avoid unnecessary and impossible-to-obtain reporting requirements.