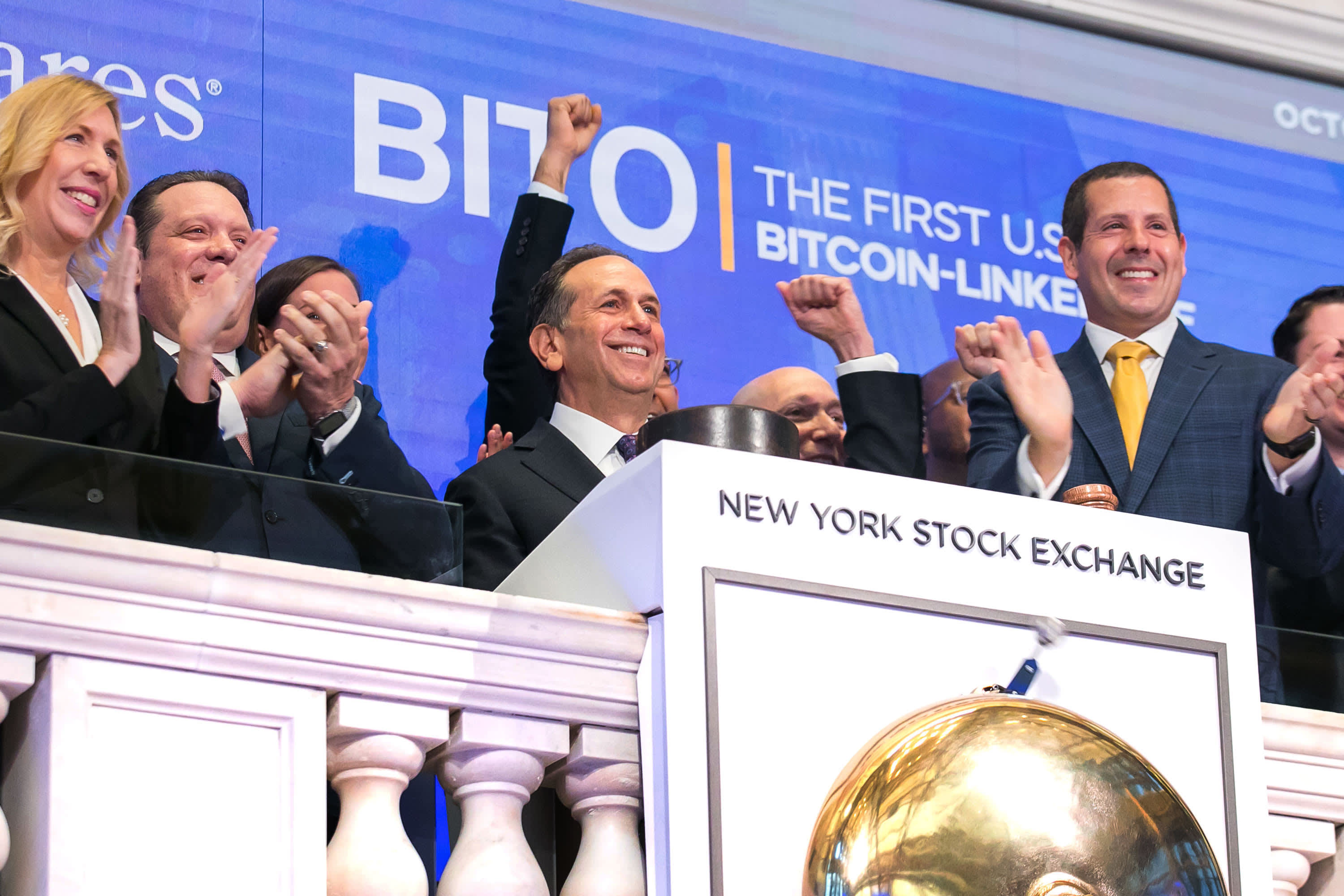 Bitcoin is fast becoming a mainstream alternative investment to stocks and bonds, and there are now a variety of ways to invest in Bitcoin.

The Major Drawback of Buying Bitcoin Itself

Many will prefer to invest in Bitcoin directly by holding Bitcoin itself. There are reputable exchanges like Coinbase, FTX, and Gemini where you can buy Bitcoin. However, you will be charged small fees and many experts recommend holding your own Bitcoin in an offline, cold wallet rather than with the exchange itself (many exchanges have been hacked and millions of dollars of bitcoins stolen). There is a small learning curve to handling digital assets, but anyone who puts forward the effort can quickly learn.

The main drawback to buying Bitcoin itself is that you cannot hold Bitcoin in a tax-sheltered retirement account like a Roth IRA.

Hence, if you want to profit from Bitcoin’s rise in a Roth IRA, you will have to explore other options such as various types of “Bitcoin ETFs.”

The most popular way of investing in Bitcoin in a retirement account is through exchange-traded funds (ETFs). There are three types of “Bitcoin ETFs”:

(1) An ETF that directly holds bitcoin

Any fund that directly holds Bitcoin has issues with the custody of the bitcoins: What if the custodian is hacked? Where will physical, offline cold wallets be stored and what if they are stolen? What sort of insurance does the custodian have?

There is also the problem of market manipulation, fraud, and illegal activity on the bitcoin exchanges that operate outside of the United States. The SEC will likely not approve a direct Bitcoin ETF until these issues are adequately addressed.

All three funds trade on the highly regulated Chicago Mercantile Exchange (CME), which is why the SEC was comfortable with approving such an ETF. Since the CME is highly regulated, the SEC considers Bitcoin futures to be safer from market manipulation than the “Wild West” of direct Bitcoin exchanges such as Binance, Coinbase, Kraken, and Gemini.

(3) An ETF that invests in the Bitcoin industry

Bitcoin is the leading member of the new class of digital assets, or cryptocurrencies. As of February 7, 2022, the market cap of the entire cryptocurrency space is about $1.7 trillion, while Bitcoin accounts for $836 billion of that total market cap (roughly 49%).

Bitcoin is supported by an underlying infrastructure and industry. This is a two-way relationship: the price of Bitcoin affects the valuation of this industry, while good or bad developments in the Bitcoin industry can also affect the price of Bitcoin.

Bitcoin futures are currently in contango, so bitcoin futures ETFs are experiencing “contango bleed”: March 2022 contracts are priced about $100 higher than February 2022 contracts, so the bitcoin futures ETFs will experience about $500 loss for each contract rolled from February to March (since each futures contract is for 5 bitcoins). When the ETFs first debuted in October 2021, November 2021 contracts were priced about $1,000 higher per contract, so the ETFs experienced about $5,000 loss for each contract rolled from October to November.

Contracts expire on the last Friday of each month, so both funds must finish rolling contracts by Friday, February 25, 2022.

BITO will absorb a roughly $1.897 million loss in rolling forward its February 2022 contracts.

When BITO first launched in October 2021, the spike in Bitcoin a few days before BITO started trading actually hurt the fund by forcing it to buy more expensive futures contracts.

Overall, he expects BITO to underperform bitcoin itself by 8.4% annually, before factoring in the 0.95% expense fee. Simeon Hyman of ProShares (which launched BITO) pushed back and estimated a 2.5% underperformance based on September 2021 data.

Regardless of what the precise underperformance will be, even ProShares itself admits that they will underperform bitcoin itself because of current market conditions (contango).

#2: Front-running by others drives up the price of futures contracts

Because these ETFs publish their holdings at the end of each trading day, other investors can take advantage of such public knowledge and front-run to drive up the price of Bitcoin futures contracts and make a profit by forcing ProShares and Valkyrie to buy contracts at even higher prices. This works because the Bitcoin futures market is very small and illiquid, so any one company that holds a large amount of contracts may find it difficult to find buyers at a good price.

Michael Wursthorn of the Wall Street Journal makes this same point: “When the contract expires, the fund must roll its existing contracts into next month’s. Other investors know this, so they buy the next month’s futures first—an act that drives up the price and allows traders to profit by selling into the demand created when the fund rolls. The higher price that the fund pays comes out of investors’ pockets” (Oct 24, 2021, Bitcoin ETF’s Success Could Come at Fundholders’ Expense)

This means that 75% of the Bitcoin futures ETFs will only yield about 0.5% return, which will not even outpace rising inflation of more than 7%.

A more aggressive investment into Bitcoin mining companies, other bitcoin funds (such as Grayscale’s GBTC), or publicly traded companies holding large amounts of bitcoin (such as MicroStrategy or Tesla) would allow the remaining 75% of the funds to perform better, but such a strategy is not part of these ETFs’ investment mandate. Therefore, the entire upside to these Bitcoin futures ETFs is dependent on the futures contracts themselves, which are currently experiencing “contango bleed” and therefore, will likely underperform bitcoin itself between 2.5% and 9.6% annually.

‍In light of these problems with bitcoin futures ETFs, we discuss four reasons to invest in bitcoin mining companies.